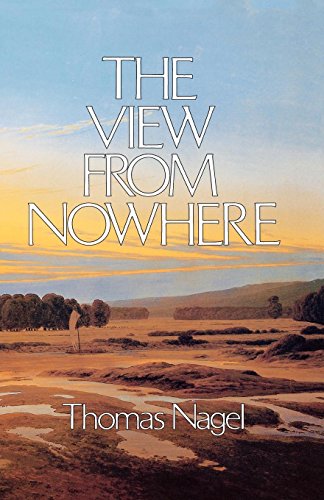 The View From Nowhere

Much philosophical debate has attempted to reconcile the human capacity to view the world both objectively and subjectively. Thomas Nagel's ambitious and lively book tackles this fundamental issue, arguing that our divided nature is the root of a whole range of philosophical problems, touching, as it does, every aspect of human life. He deals with its manifestations in such fields of philosophy as the mind-body problem, personal identity, knowledge and scepticism, thought and reality, free will, and ethics. From reviews of the hardback: 'Remarkable ...all of his discussions are clear and insightful, but some reach a level of originality and illumination that opens genuinely new avenues of philosophical thought ...a rare combination of profundity and clarity, along with simplicity of expression. It should be recommended to all those who are bored with or despair about philosophy.' Times Literary Supplement

What Does It All Mean?
ThomasN...

The Possibility of Altruism
ThomasN...

Mind and Cosmos: Why the Materialist N...
ThomasN...

Concealment and Exposure: And Other Es...
ThomasN...