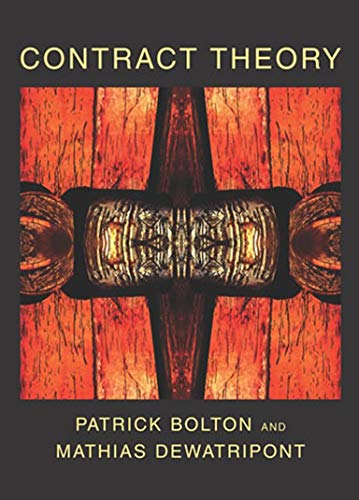 Despite the vast research literature on topics relating to contract theory, only a few of the field's core ideas are covered in microeconomics textbooks. This long-awaited book fills the need for a comprehensive textbook on contract theory suitable for use at the graduate and advanced undergraduate levels. It covers the areas of agency theory, information economics, and organization theory, highlighting common themes and methodologies and presenting the main ideas in an accessible way. It also presents many applications in all areas of economics, especially labor economics, industrial organization, and corporate finance. The book emphasizes applications rather than general theorems while providing self-contained, intuitive treatment of the simple models analyzed. In this way, it can also serve as a reference for researchers interested in building contract-theoretic models in applied contexts.The book covers all the major topics in contract theory taught in most graduate courses. It begins by discussing such basic ideas in incentive and information theory as screening, signaling, and moral hazard.
Subsequent sections treat multilateral contracting with private information or hidden actions, covering auction theory, bilateral trade under private information, and the theory of the internal organization of firms; long-term contracts with private information or hidden actions; and incomplete contracts, the theory of ownership and control, and contracting with externalities. Each chapter ends with a guide to the relevant literature. Exercises appear in a separate chapter at the end of the book.