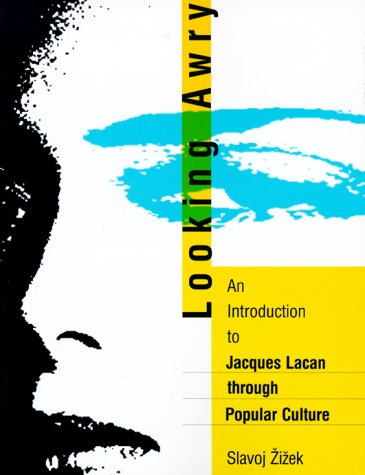 Slavoj Zizek, a leading intellectual in the new social movements that are sweeping Eastern Europe, provides a virtuoso reading of Jacques Lacan. Zizek inverts current pedagogical strategies to explain the difficult philosophical underpinnings of the French theoretician and practician who revolutionized our view of psychoanalysis. He approaches Lacan through the motifs and works of contemporary popular culture, from Hitchcock's Vertigo to Stephen King's Pet Sematary, from McCullough's An Indecent Obsession to Romero's Return of the Living Dead - a strategy of "looking awry" that recalls the exhilarating and vital experience of Lacan.Zizek discovers fundamental Lacanian categories the triad Imaginary/Symbolic/Real, the object small a, the opposition of drive and desire, the split subject - at work in horror fiction, in detective thrillers, in romances, in the mass media's perception of ecological crisis, and, above all, in Alfred Hitchcock's films. The playfulness of Zizek's text, however, is entirely different from that associated with the deconstructive approach made famous by Derrida.
By clarifying what Lacan is saying as well as what he is not saying, Zizek is uniquely able to distinguish Lacan from the poststructuralists who so often claim him.Slavoj Zizek is a Researcher in the Institute of Sociology at the University of Ljubljana, Yugoslavia. His work has been published in France and in Yugoslavia where, running as a proreform candidate, he narrowly missed being elected to the presidency of the republic of Slovenia.