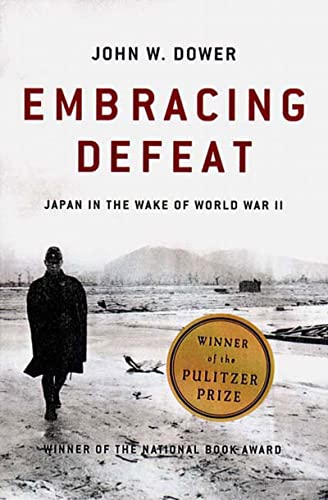 Embracing Defeat: Japan in the Wake of World War II

Drawing on a vast range of Japanese sources and illustrated with dozens of astonishing documentary photographs, Embracing Defeat is the fullest and most important history of the more than six years of American occupation, which affected every level of Japanese society, often in ways neither side could anticipate. Dower, whom Stephen E. Ambrose has called "America's foremost historian of the Second World War in the Pacific," gives us the rich and turbulent interplay between West and East, the victor and the vanquished, in a way never before attempted, from top-level manipulations concerning the fate of Emperor Hirohito to the hopes and fears of men and women in every walk of life. Already regarded as the benchmark in its field, Embracing Defeat is a work of colossal scholarship and history of the very first order. John W. Dower is the Elting E. Morison Professor of History at the Massachusetts Institute of Technology. He is a winner of the National Book Critics Circle Award for War Without Mercy.

Japan in War and Peace
JohnDow...