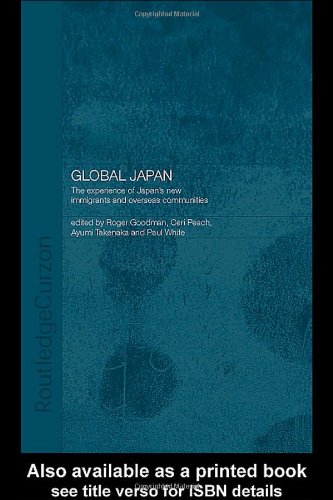 The Japanese have long regarded themselves as a homogenous nation, clearly separate from other nations. However, this long-standing view is being undermined by the present international reality of increased global population movement. This has resulted in the establishment both of significant Japanese communities outside Japan, and of large non-Japanese minorities within Japan, and has forced the Japanese to re-conceptualise their nationality in new and more flexible ways. This work provides a comprehensive overview of these issues and examines the context of immigration to and emigration from Japan. It considers the development of important Japanese overseas communities in six major cities worldwide, the experiences of immigrant communities in Japan, as well as assessing the consequences for the Japanese people's view of themselves as a nation. Eyal Ben-Ari, Hebrew University of Jerusalem, Israel; Shinichi Asano, Kobe University, Japan; Daniela de Carvalho Portucalense University, Portugal; Guenther Glebe, Heinric