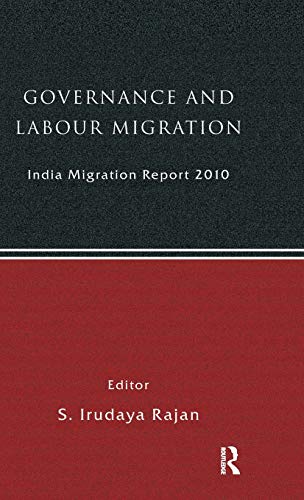 The first India Migration Report proposed by the Research Unit on International Migration set up by the Ministry of Overseas Indian Affairs, Government of India at the Centre for Development Studies, Thiruvananthapuram, Kerala is organised into articles on four broad themes: migration, remittances, gender, and policy issues. The opening article reviews the historical trends in international migration, followed by two articles that deal with workers' remittances and one which discusses the maturity that Kerala emigration reached in this state. Other articles focus on cross-border migration in developing countries, and as yet less documented gender issues, including the migration of nurses and housemaids. Though large numbers of unskilled and semi-skilled labourers migrate to the Gulf region, the prevailing labour laws and the violation of human rights in the GCC countries are an unexplored area; this is something this volume also addresses. The cost of migration and the role played by unscrupulous recruitments agents are serious concerns for both the government and international agencies working in migration.
The Emigration Act 1983 provides guidelines for organising recruitment business in India. Do we have to revamp the recruitment system? These are some of the themes this book discusses.