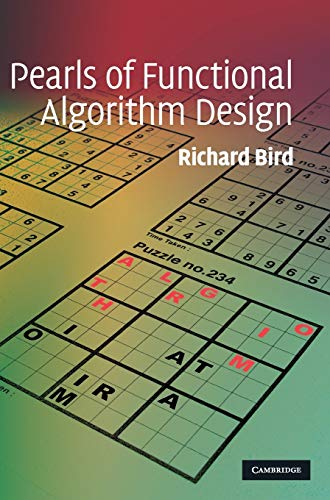 Richard Bird takes a radically new approach to algorithm design, namely, design by calculation. These 30 short chapters each deal with a particular programming problem drawn from sources as diverse as games and puzzles, intriguing combinatorial tasks, and more familiar areas such as data compression and string matching. Each pearl starts with the statement of the problem expressed using the functional programming language Haskell, a powerful yet succinct language for capturing algorithmic ideas clearly and simply. The novel aspect of the book is that each solution is calculated from an initial formulation of the problem in Haskell by appealing to the laws of functional programming. Pearls of Functional Algorithm Design will appeal to the aspiring functional programmer, students and teachers interested in the principles of algorithm design, and anyone seeking to master the techniques of reasoning about programs in an equational style.

Fences and Hedges: And Other Garden Di...
Richard...