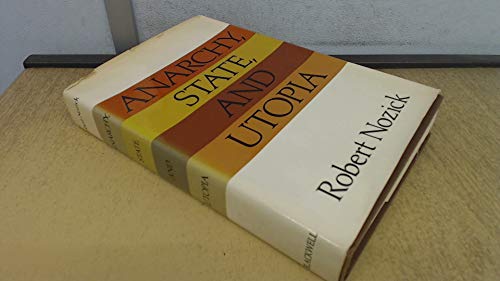 Robert Nozicka s Anarchy, State, and Utopia is a powerful, philosophical challenge to the most widely held political and social positions of our age ---- liberal, socialist and conservative. "Individuals have rights," Nozick writes in his opening sentence, "and there are things no person or group may do to them without violating their rights." The work that follows is a sophisticated and passionate defence of the rights of the individual as opposed to the state. The author argues that the state is justified only when it is severely limited to the narrow function of protection against force, theft and fraud and to the enforcement of contracts. Any more extensive activities by the state, he demonstrates, will inevitably violate individual rights. Among the many achievements of the work are an important new theory of distributive justice, a model of utopia, and an integration of ethics, legal philosophy and economic theory into a profound position in political philosophy which will be discussed for years to come.

Invariances: The Structure of the Obje...
RobertN...

Invariances: The Structure of the Obje...
RobertN...