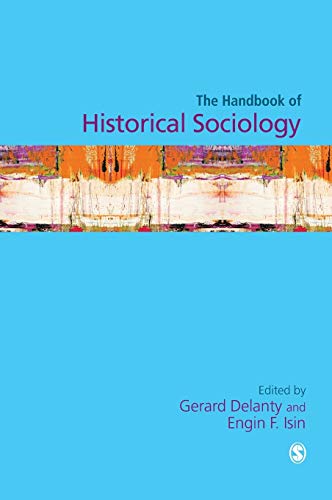 'The overall conception of the volume is absolutely splendid, and the editors skilfully place the material in the context of disciplinary and post-disciplinary developments in sociology. This is a major contribution to the field, as well as a comprehensive and reliable guide to its main components' - William Outhwaite, Professor of Sociology, School of European Studies, University of Sussex. 'It is hard to think of anything that has been left out in this masterly survey of contemporary historical sociology. The editors have done a superb job in the selection of both themes and contributors. We now at last have an up-to-date book to assign in our graduate courses on comparative historical sociology. There's really nothing else like it out there...The editors' introduction is one of the best things I have read on how the field developed, and the problems it has encountered' - Krishan Kumar, William R Kenan, Jr Professor of Sociology, University of Virginia.'
The range of topics covered and the number of distinguished scholars who have contributed to the handbook is impressive, with leading figures such as Bryan S Turner, John R Hall, Gianfranco Poggi and Craig Calhoun among the contributors to a book that covers areas as diverse as post-colonial historiography and the historical sociology of the city! the handbook fills a void within the sizable literature on historical sociology and undoubtedly will be a useful addition to graduate reading lists' - "The British Journal of Sociology". What is important in historical sociology? What are the main routes of development in the subject? This Handbook consists of 26 chapters on historical sociology. It is divided into three parts. Part One is devoted to Foundations and covers Marx, Weber, evolutionary and functionalist approaches, the Annales School, Elias, Nelson and Eisenstadt.Part Two moves on to consider major approaches, such as modernization approaches, late Marxist approaches, historical geography, institutional approaches, cultural history, intellectual history, postcolonial and genealogical approaches.
The third part is devoted to the major substantive themes in historical sociology ranging from state formation, nationalism, social movements, classes, patriarchy, architecture, religion and moral regulation to problems of periodization and East-West divisions. Each part includes an introduction that summarizes and contextualizes chapters. A general introduction to the volume outlines the current situation of historical sociology after the cultural turn in the social sciences. It argues that historical sociology is deeply divided between explanatory 'sociological' approaches and more empirical and interpretative 'historical' approaches. Systematic and informative the book offers readers the most complete and authoritative guide to historical sociology.

The SAGE Handbook of Nations and Natio...
Delanty