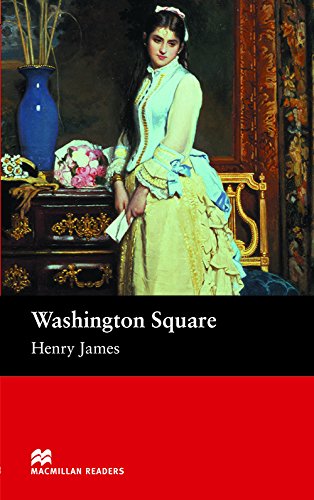 This classic novel, originally published as a serial in "Cornhill Magaine" and "Harper's New Monthly Magaine," tells the story of the struggles between a daughter and her intelligent, controlling father from the viewpoint of an unnamed narrator. This book is often compared to Jane Austen's works for the clearness of its prose and its extreme concentration on human troubled relationships. Henry James tells the story of Catherine Sloper, plain and obedient, daughter of the widowed, well-to-do Dr. August Sloper of Washington Square. When a handsome, incompetent man-about-town proposes to Catherine, her father forbids the marriage because he believes the man to be after Catherine's fortune and future inheritance. The conflict between father, daughter, and suitor provokes consequences in the lives of all three that make this story one of James's most piercingly memorable. The inspiration for James's "Washington Square" came from a tale about a jilted heiress, which James heard from the actress Fanny Kemble. The novel provides a social portrait of Washington Square and lower Manhattan during the late nineteenth century and remains a memorable work--one featured in several films. Henry James (1843-1916), American novelist and critic, was an innovator in technique and a distinctive prose stylist. More than any previous writer, James refined the technique of narrating a novel from the point of view of a character, thereby laying the foundations of modern stream-of-consciousness fiction. Among his many acclaimed novels are The Portrait of a Lady, The Ambassadors, The Golden Bowl, and The Wings of the Dove.

The Turn of the Screw and the Aspern P...
HenryJa...

Dominoes Level Two: The Turn the of Sc...
HenryJa...

The Portrait of a Lady (Penguin Classi...
HenryJa...

The Turn of the Screw: Authoritative T...
HenryJa...

The Turn of the Screw (Dover Thrift Ed...
HenryJa...

The Turn of the Screw (Dominoes: Level...
HenryJa...