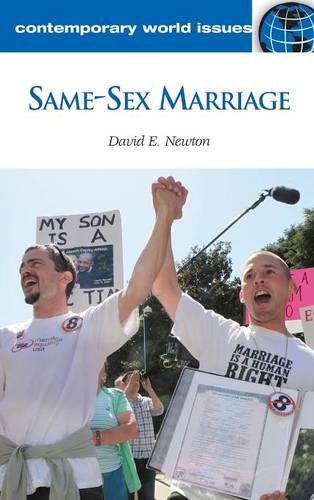 Despite a general attitude shift towards accepting same-sex relationships in the United States over the last two decades, there is still a prevailing opinion that same-sex marriages should be prohibited. Indeed, even among the few states that have legalize marriage for same-sex couples, California, Hawaii, and Maine have had their statutes overturned by state voters. This book provides a comprehensive review of attitudes toward same-sex marriage in the United States, examining historical events, religious traditions, and gender norms that have influenced understandings of same-sex marriage in America. Information regarding same-sex relationships in other cultures, both today and in previous eras, provides insightful perspective to the topic; arguments for and against same-sex marriages are presented along with rebuttals to both positions.